Scheduled Maintenance We will be conducting scheduled maintenance on Aug 6th from 1:30 AM EST to Aug 6th at 5:00 AM EST. During this time MyAerospace applications will be temporarily unavailable. We apologize for any inconvenience this may cause.
Cleared for Takeoff We’ve updated our site to be more customer-friendly and welcome your feedback through our survey form on the right.
https://aerospace.honeywell.com/us/en/search.html
× 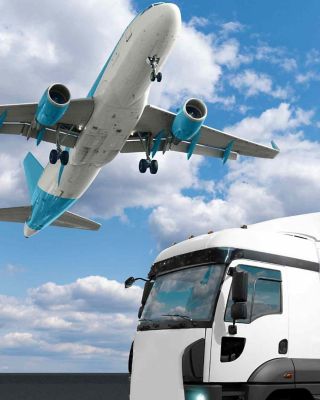 Honeywell has a decades-long history of innovation in power generation for all kinds of aerospace and defense applications, which was further strengthened by the 2020 acquisition of Ballard Unmanned Systems, a global leader in fuel cell technologies for unmanned aerial vehicles (UAVs). Hydrogen fuel cells are the latest addition to Honeywell’s growing portfolio of power systems that improve the safety and efficiency of aircraft for commercial, government and defense missions.

Honeywell hydrogen fuel cells are available today to help UAVs accomplish missions far beyond the capabilities of drones powered by batteries or gasoline engines. Operators of fixed-wing or multi-rotor platforms can fly up to three times longer with Honeywell’s proven hydrogen fuel cell onboard.

What is a hydrogen fuel cell?

A hydrogen fuel cell is an electrochemical device that uses a chemical process to convert hydrogen to electrical power, which in turn can drive one or more electric propulsion motors on the unmanned aerial vehicle. Electricity, water and heat are the only products of this chemical process, which makes hydrogen an extremely clean fuel.

Decades of experience put to the test – every day

The Honeywell 600-watt and 1200-watt liquid-cooled hydrogen fuel cells and our compressed hydrogen fuel source are being proven every day in a wide range of challenging real-world applications. They are ideal for military and commercial missions of all kinds, including intelligence, surveillance and reconnaissance (ISR), search and rescue, law enforcement, infrastructure and agriculture inspections, and other missions where silent operation and long duration flights are critical.

Honeywell engineers also have eyes on the future. They’re already working on the next generation of even more powerful and reliable hydrogen fuel cells and fuel-storage technologies to meet the demands of the burgeoning UAV community, as well as the commercial and defense aerospace industries.

If you’re launching a new UAV project or are looking to improve the performance of your military, government or commercial UAV platforms, find out how Honeywell can help.

Honeywell's hydrogen fuel cells are part of our Honeywell Beyond-Visual-Line-of-Sight suite, which allows light drones to fly farther and with less human intervention.