Scheduled Maintenance We will be conducting scheduled maintenance on Aug 20th from 7:00 PM MST to Aug 21st 07:00 PM MST. During this time MyAerospace applications will be temporarily unavailable. We apologize for any inconvenience this may cause.
https://aerospace.honeywell.com/us/en/search.html
× 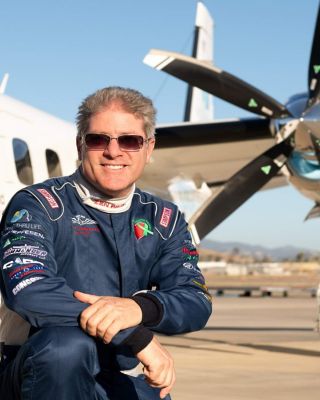 TPE331 Pilot: Flying in the Harshest Conditions on the Planet

Robert DeLaurentis is an author, pilot and circumnavigator. He has flown in some of the harshest conditions on Earth and set numerous world records, including distance and speed over the Poles.

In this episode, Robert shares his most recent experience flying over the North and the South Poles using two Honeywell TPE 331-10T engines. This was part of an 18-hour flight encompassing 26 countries and six continents.

With a behind-the-scenes look, you’ll learn:

Learn more about Robert’s mission and about the TPE331 engines that helped him get to where he was going.