Pricing Updates Due to increased inbound freight charges from our logistics partners, Spares and Exchange pricing may include a surcharge and Repair orders may have surcharges applied at checkout. For more information Click Here
https://aerospace.honeywell.com/us/en/search.html
× 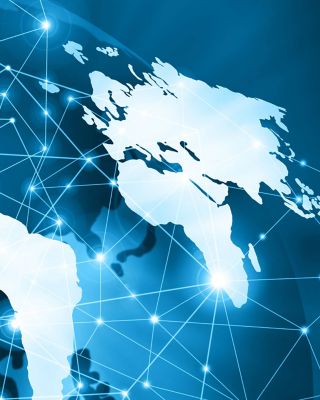 João is Engines Manager for NetJets Europe, in Paço de Arcos Portugal. His position encompasses overseeing all maintenance related activities for engines and APU's in the NetJets Europe fleet.

He then moved on to NetJets Europe in 2006, starting as a Maintenance Engineer Program Technician mainly on the Cessna and Gulfstream fleet. In 2011, he went on to become Assistance Maintenance Fleet Manager dedicated to the Citation Bravo and XL/XLS fleet.

In 2013, he took the Engines Manager role, which currently holds.

Born in Santarem, received an MSC in Mechanical Engineer from Instituto Superior Técnico (IST) in Lisbon and a Post-Graduation in Business Management from INDEG/ISCTE in Lisbon.

João is married and has 2 daughters. His interest includes spending time with the family, History, Basketball, Football and traveling.

Andrea started her career in Aviation Business back in 1991 at Honeywell Aerospace in Raunheim. She was working in the Finance department and later took over responsibility as Team leader for the B&GA Customer Support Team at the Repair and Overhaul shop for TFE731, TPE331 and APU’s. A such close interaction with the overhaul shop team was key to best support the Honeywell B&GA customers.

Works they perform are all inspections up to and including major periodic inspections (MPI’s), Troubleshooting, AOG-Support in field as well as post rental inspections on Honeywell engines and APU and P&WC PW300-series engines.

The engine team covers the “off-wing” maintenance which is part of the wider range of capabilities within the Aero-Dienst authorizations.

Thomas started with Aero-Dienst GmbH & Co.KG in Nuremberg in 1991 as an Avionic Technician after completing his apprenticeship as an electronic with a German Radio and Television company.

At Aero-Dienst he matured his experience within the repair and maintenance procedures of multiple different business aircraft types such as Bombardier, Dassault and Do328. He also graduated and received the approval as licensed inspector cat. B2 for a number of platforms.

Mark’s relationship with aviation began at 16 years old, when he started his ground school. His professional aviation career began within the airline environment, where he first worked in electrical and instrument overhaul workshop, then in avionics line and base maintenance, then progressed through engine overhaul, flying spanner, and technical specialist in the Maintenance Control Center.

Since 2011, Mark has worked in the CAMO at Luxembourg Air Ambulance, managing a mixed fleet of MD900 rescue and police helicopters and Learjet 45 ambulance aircraft.

Mark is currently the manager of the LAA Engineering Department and the Nominated Post-Holder for Continuing Airworthiness.

He has been involved with the Global Customer Committee since 2016 and is very excited to participate as Communications Vice Chair.