Let us know how our sales team can help. 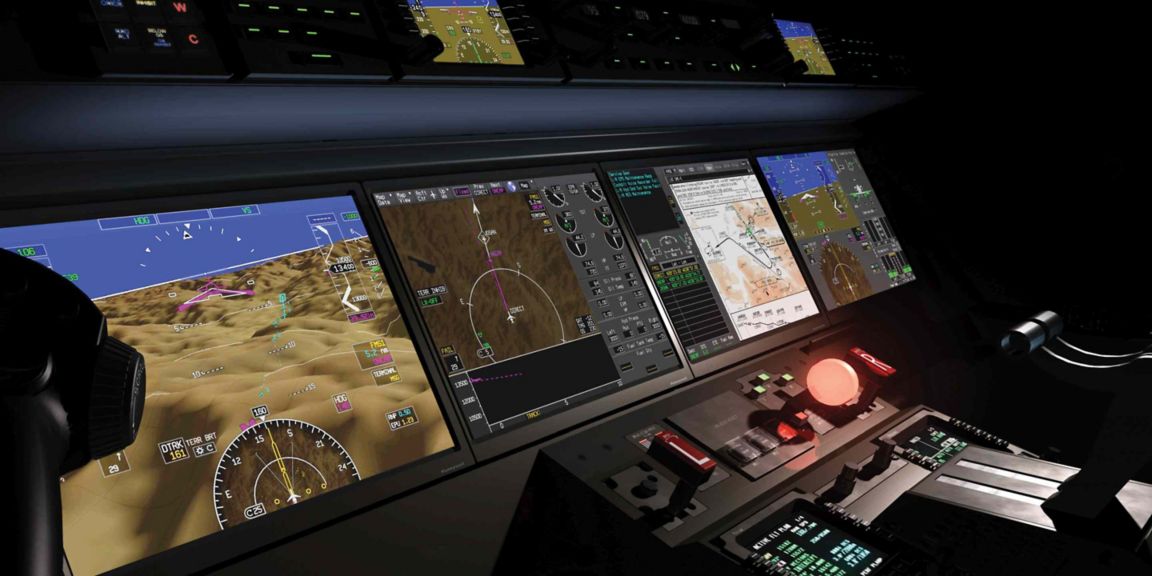 From minor inconvenience to major crisis, an FMS reset can be a pilot’s biggest headache. Depending on when it occurs, it may be as simple as reloading a few waypoints to having to scramble to recreate an entire route if it drops in flight. Today’s pilots have so much computing power in their aircraft that the thought of operating without it is almost an emergency.

Running more lines of code and capturing more data than ever, current flight management systems offer more capability than ever before. As the complexity increases, it is becoming more important for operators to understand what is taking place behind the scenes if they observe a reset condition.

What Is a Reset?

What most of us non-engineering types don’t know is there are several types of resets. Most aircraft operating NG FMS operate in either a dual or triple FMS configuration.

Resets Come in a Few Varieties

An FMS software reset occurs when an instruction fails to complete during execution. This is referred to as a software exception or software fault. The result of the reset will be evident to the operator in one of the four following ways:

1.    Warm Start: Observed as a “SYNC IN PROGRESS” FMS message with no expected loss of the active FMS mode. Minimal data loss may occur such as loss of data input that was occurring when the warm start occurred. Note that “SYNC IN PROGRESS” may be observed during normal FMS operation so recognition of a warm start may be difficult.

2.    Cold Start/Checkpoint Recovery: Observed as an “FMS (1 or 2) FAIL” CAS message along with the FMS not being accessible for approximately 1 minute. If the master FMS is resetting, the flight director will drop LNAV, if engaged, and the spare FMS will become the master. The FMS will recover in the same manner as a warm start with no loss of flight plan/performance. If the spare FMS is the resetting FMS, the only observable impact will be the CAS message. A cold start is the result of three software exceptions occurring within one minute of each other; the FMS is attempting to recover to a previously stored stable state.

3.    Cold Start/Full Initialization: Observed like the Cold Start/Checkpoint Recovery reset. However, upon recovery, the FMS will revert to the default power-on state (all flight plan and performance data is cleared). This will occur if an additional software exception occurs within one minute of the Cold Start/Checkpoint Recovery reset. If the reset occurs only on one FMS, synchronized data will be pushed from the master FMS automatically.

4.    Latch: Observed as a permanent “FMS X FAIL” CAS message and “FMS X UNAVAILABLE” FMS message (Figure 1) until power is cycled. A Latch occurs if another reset occurs within 1 minute of the Cold Start/Full Initialization reset. The FMS is unusable during this time.

It is possible that all FMSs perform a Cold Start/Full Initialization simultaneously and a complete loss of flight plan and performance data occurs.

A Reset Occurred. Now What?

At the end of a flight after a reset occurred, it is recommended to select the “Clear Fpln” prompt on the FMS to ensure FMS data is stored to memory (in what are referred to as BITE files). Provided FMS operation is restored after a power cycle, no additional maintenance action is required. If a reset occurs and root cause is desired, please notify Honeywell and/or Gulfstream of the reset and provide the following:

Honeywell will use the above information to determine the root cause.

Understanding the various FMS reset states can give the crew an idea of the impact to flight plan data and potential troubleshooting procedures. Resets are most commonly caused by a software exception and cause only a momentary interruption. If a reset is observed, the crew should give the system several seconds to execute to prevent additional commands from stacking up and compounding the problem.

Program Pilot David Rogers supports EPIC and NG FMS-equipped Cessna and Gulfstream aircraft for Honeywell Flight Technical Services. He can be reached via email at David.Rogers@honeywell.com.